Home > Finance & Legal > Create a Stage Play and Sell it

Create a Stage Play and Sell it 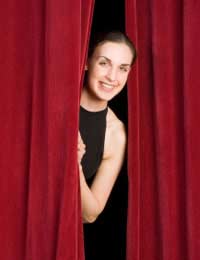 To many people, writing for the theatre is the ultimate literary achievement. But theatre these days doesn't enjoy the success it once did, and there are few openings for new work on the stage.

If you want to write stage plays, how can you bring your scripts to the attention of theatre companies with tightly limited resources? How can you create a play which is artistically impressive, which you can sell, and which has the potential to be a success?

The Basics of Stagecraft

To write a successful stageplay, you need to start with the basics. First you'll need to decide how long it's going to be. Think about the idea you have and the stages into which it can be broken down.

The form you're probably most familiar with is the five act play, initially defined by Gustav Freytag, which breaks down into exposition; rising action; climax / turning point; falling action; and resolution (sometimes referred to as dénouement in comedy or catastrophe in tragedy, though modern plays tend to be less easily categorised).

However, for the new writer, it's often easier to sell a one or three act play, as stage plays of this sort are in greater demand. The latter can be defined as having a beginning, a middle and an end. A one act play is about making a single statement through a narrative which does not undergo complex development.

Once you understand how to shape a play, you'll need to know how to format it. Scripts without the proper formatting are unlikely to be considered. Taking a basic page in an ordinary word processor, with a 1" margin at the top, bottom and right and a 1.5" margin on the left, you should set it out using the following rules:-

Central to creating a successful play is writing good dialogue. Although you may also need to explain some of the background to your story and characters through dialogue, try to avoid doing so directly or at length. Think about how you can convey information more discreetly. For instance, having a character say "Class sucked today" tells the audience that a) it's a week day, and b) that character is still in education, whilst sounding natural and incidental.

Just because stage plays are a form of literature doesn't mean that you need to be self-consciously literary with your language. As a rule, you will be judged not by the number of impressive long words you use but, rather, by how natural the lines sound. Try carrying a small tape recorder around with you to record bits of conversations, then playing it back and transcribing it so you can think about how people actually speak.

Depending on the style of what you're writing, it's okay to make your characters wittier than average, but don't turn them into mere ciphers whose purpose is to let you show off - let them develop as individuals in their own right, each with their own particular habits of speech.

The majority of stage plays sold in Britain never make their way into big theatres. Instead, they are used by amateur dramatic societies and schools. There are several publishers which specialise in producing scripts for this market - you can find them listed in all good literary directories - and they are all open to considering work by new writers, though some will only consider short plays.

Before submitting your work, make sure that you've adjusted your formatting to suit any specific needs of the company in question, and make sure you address it to a named individual with a brief, polite covering letter. This is one area of writing where success really does have a lot to do with merit, so if your play is rejected, keep working to improve - you may have a hit yet!

Recording Your Income and Paying Tax